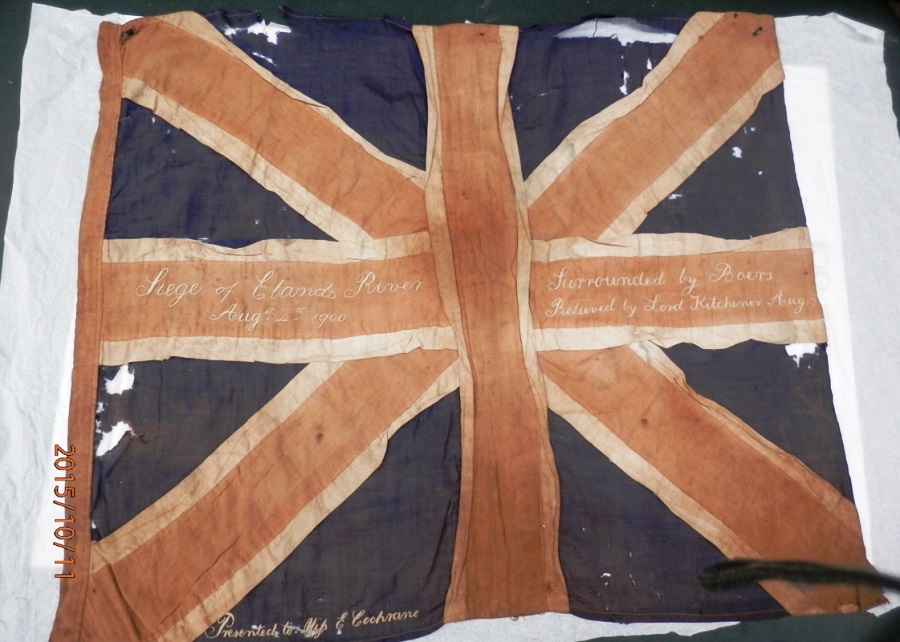 The siege of Ellands River lasted from 4th to 17th August 1900, during the Boer War, Australia's first but its "forgotten" war.

It was the first time Australian (and Rhodesian) Colonial Volunteers fought the Boers WITHOUT British support - or, perhaps, interference. Surrounded by a far stronger force of Boers commanded by the Boers most successful commander, Koos de la Rey, written off by the British, the little garrison hung on against all odds until eventually relieved - a triumph of discipline, determination and courage.

The flag remains a mystery. First-hand accounts of the siege talk of the garrison running up Union Jacks, promptly shot down by the Boers. Was this one of those hand-made flags, or just a wartime souvenir, presented to (indecipherable) E Cochrane, for some reason? Any thoughts or ideas, please, to Ian Hawthorn, Vice-President, NSW Lancers' Memorial Museum.